Zuid-Limburg has been populated for many centuries and its ancient history is waiting to be discovered by you! Due to the many wars and sieges in the Middle Ages, Zuid-Limburg is filled with many beautiful historic churches, craftsmanship houses, watermills, castles, farms and country houses. Stop by for a visit and travel back in time!

In the beginning of the 19th century Limburg was split up into multiple nations. In 1839 the Provence of Limburg was divided into a Dutch and Belgium Provence. Throughout history the Provence had many different influences, like Dutch, German and French, which can still be discovered by cultural activities and typical food from Limburg.

The spa in Heerlen – built by Roman soldiers – nowadays can be seen at the Thermenmuseum in Heerlen. In the forest called Savelsbos, near the village of Eijsden, you can visit prehistoric Flintstone mines. The city of Sittard (1243) is famous because of its wonderful historic church. In the marlstone town Valkenburg aan de Geul, the story goes back to the start of the 12th century when the castle of Valkenburg was one of the highest, most strategically located and strongest fortresses in the Netherlands. Nowadays its beautiful historic ruins are all that is left to be seen. In Hoensbroek, you can visit Kasteel Hoensbroek, one of the most beautifully restored, oldest and biggest castles of The Netherlands. Stop by for a visit and travel back in time!

At the southernmost tip of Zuid-Limburg, nestled between the mossy green hills, lies the extraordinary city of Valkenburg aan de Geul. Located in the heart of the Heuvelland nature reserve, this marlstone city boasts a rich touristic tradition and a lush Tuscanesque landscape that has drawn visitors from home and abroad for more than 125 years. Valkenburg aan de Geul, just a stone’s throw from the major cities of Maastricht, Aachen, Liège, Hasselt and Tongeren, truly is the beating heart of the Euregion.

In the rolling hills of Zuid-Limburg, there are a myriad of nostalgic towns and villages hidden away between meadows, woodland and colourful orchards, waiting for you to be discovered. In 2005, the Heuvelland (literally, ‘hill country’) was declared one of the most beautiful areas in the Netherlands. It is the perfect backdrop for hiking and cycling.

Here, there are vineyards, breweries, a climbing and adventure centre, a sub-tropical swimming pool, a glass works, Drielandenpunt (place where the Netherlands, Germany and Belgium meet), the highest point in the Netherlands (Vaalserberg, at 322.5 meters), the most expansive maze in the Netherlands, various golf courses, outdoor go-kart tracks, a steam train, museums and galleries, shops selling regional products, cosy pubs and intimate restaurants.

In the gently rolling and nearly flat northern part of Zuid-Limburg, in the narrowest part of the Netherlands, one finds a unique region: the river forelands of the Maas River. This is also where the foothills of the Ardennes start, a gently rolling landscape, perfectly suited to fantastic cross-border cycle tours. Visitors to this area will find very old churches and basilicas, sheltered views of villages, museums, a zoo, a family park, shops, shopping centres and charming restaurants.

Zuid-Limburg cherishes its unique traditions to keep the region’s rich past alive.

The Source of Europe

Due to its long, rich and above all eventful history, we also call our region ‘the Source of Europe’. For thousands of years Zuid-Limburg and its surroundings have been the source and core of this continent’s history.

Prehistoric farmers and band-ceramists settled down in this area some 7,000 years ago, heralding Zuid-Limburg’s rich history. Due to its rich, long and above all eventful history, we also refer to our region as ‘Source of Europe’. After all, Zuid-Limburg and its surroundings have been the source and core of this continent’s history. Discover it for yourself and make an exciting journey  through time to the first farmers, Romans, knights and miners through our unique Virtual Reality film (in Dutch) at the Visit Zuid-Limburg Experience in Valkenburg. 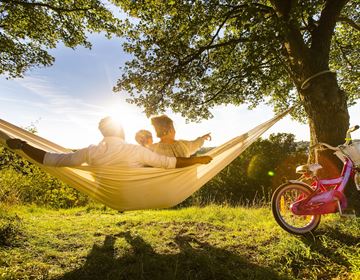 Highlights of the region

The many attractive destinations and sights, make Zuid-Limburg a popular tourism destination. Zuid limburg suits every traveller, whether you are young or old, interested in sports or recreational activities. 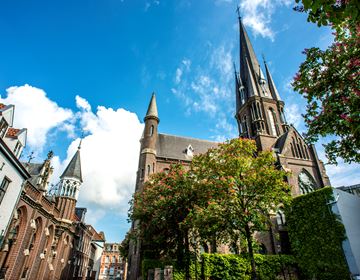 The region of Zuid-Limburg: in the east it borders Germany, in the south and west it borders Belgium. As the centre of this border triangle, including The Netherlands, Germany and Belgium, Zuid-Limburg boasts a limitless variety in a small space! 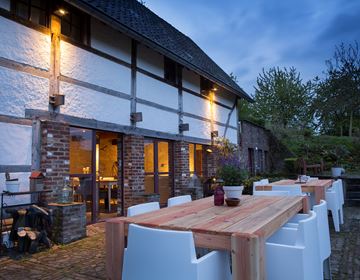 Waking up in Zuid-Limburg

It’s great that you are here to be inspired!

Do you want to discover Zuid-Limburg to the maximum? If so, you should accept all cookies.

Cookies are small files of information stored by your browser on your computer whenever you visit a website, and that are used, for example, to remember your personal preferences. They provide us with information about how you use our website. We can then continue to improve the website and make it even easier for you to discover Zuid-Limburg.

We of course respect your personal wishes relating to your privacy. Underneath you will see the options for changing your cookie settings in line with your personal preferences.

These cookies help us to tailor advertising to your interests, so that you do not receive irrelevant information.

These cookies enable us to provide you with information that is tailored to your interests, based on the information you were looking for on previous visits to our website.

You can change your cookie settings at any time by changing the settings here or by (locally) deleting the cookies.